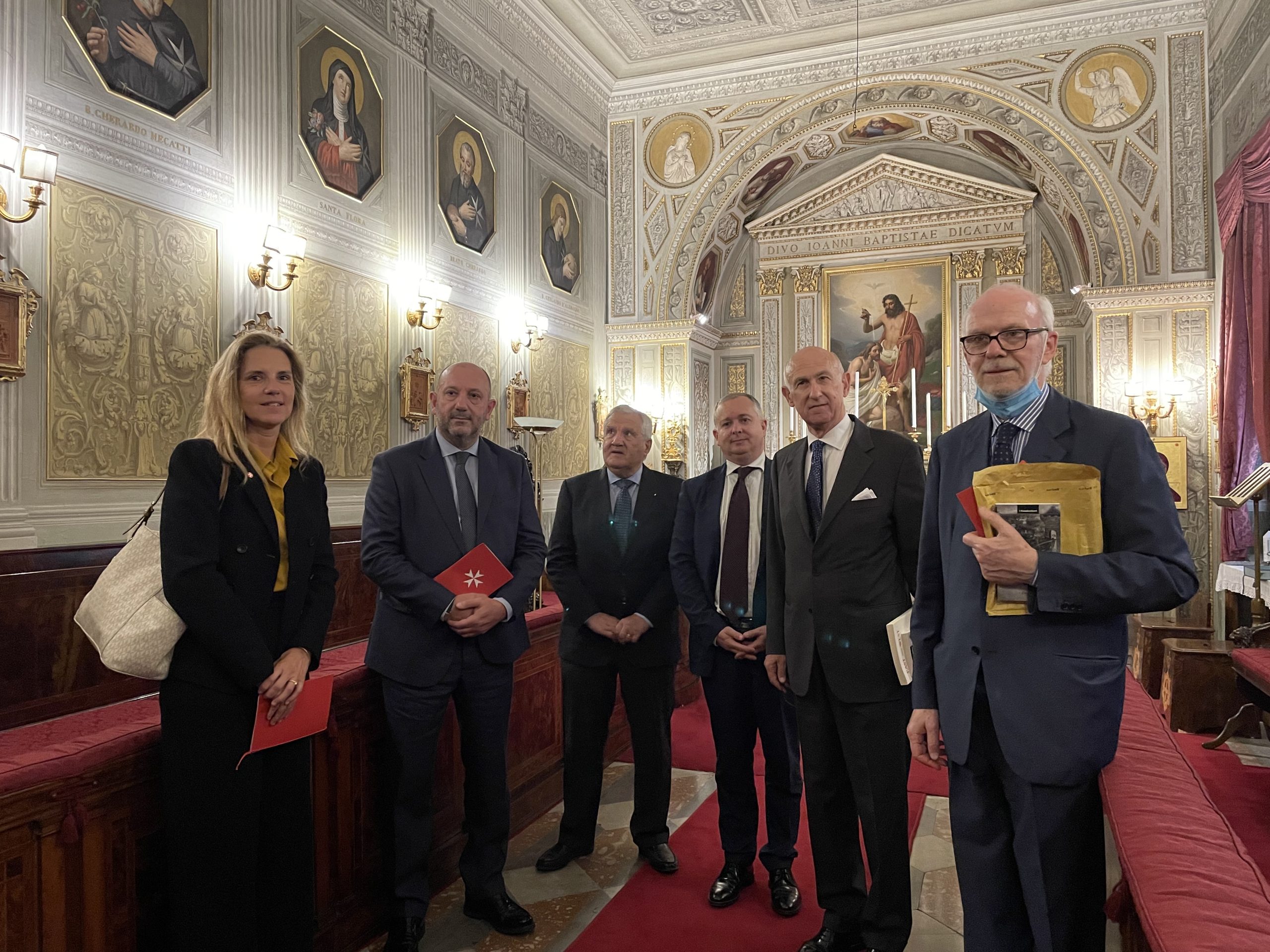 On 18 June Ambassador Stefano Ronca hosted a lunch in honour of Dr Sergio Ferdinandi, from the Directorate General for Resources and Innovation of the Italian Ministry of Foreign Affairs and International Cooperation, which was also attended by the Co-President of the Diplomatic Studies Circle, Ambassador Paolo Casardi.

Dr. Ferdinandi is a well-known scholar of medieval history with a particular interest in aspects relating to the Holy Sepulchre and what it represented in the historical events of the Middle Ages in Christian Europe.

The lunch, which was also attended by the Grand Chancellor’s diplomatic advisor, Ambassador Daniele Verga, the Order’s Director of Communications, Baron Eugenio Ajroldi, and our Permanent Observer to ICCROM, Dr Gaia Bay Rossi, provided an opportunity to discuss possible communication initiatives for the Order of Malta such as television broadcasts and/or interventions with international organisations.

Dr Ferdinandi brought to the attention of the Order an interesting film about a pilgrimage to the Holy Land in 1929 : Archivio storico Istituto Luce (archivioluce.com) 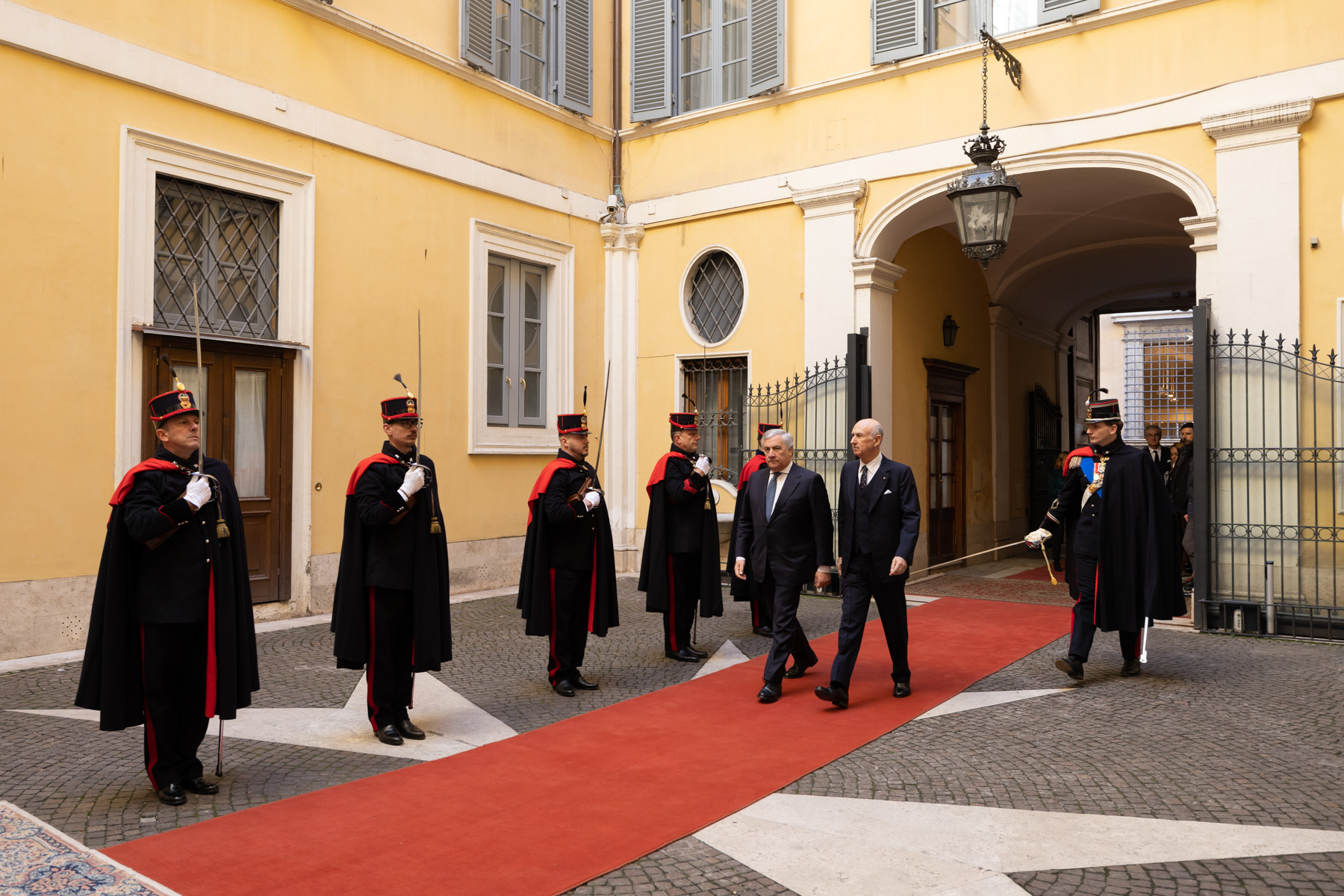 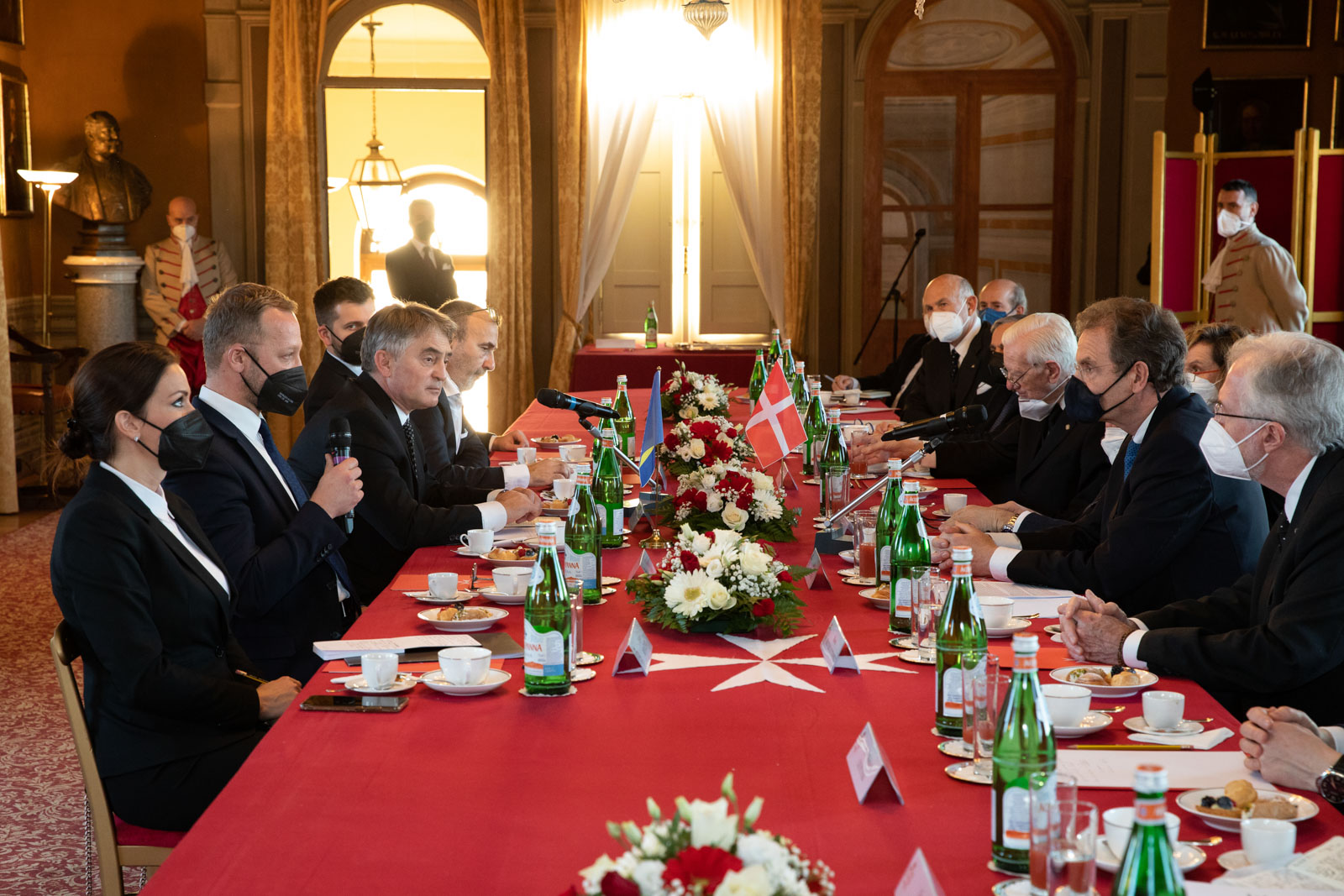 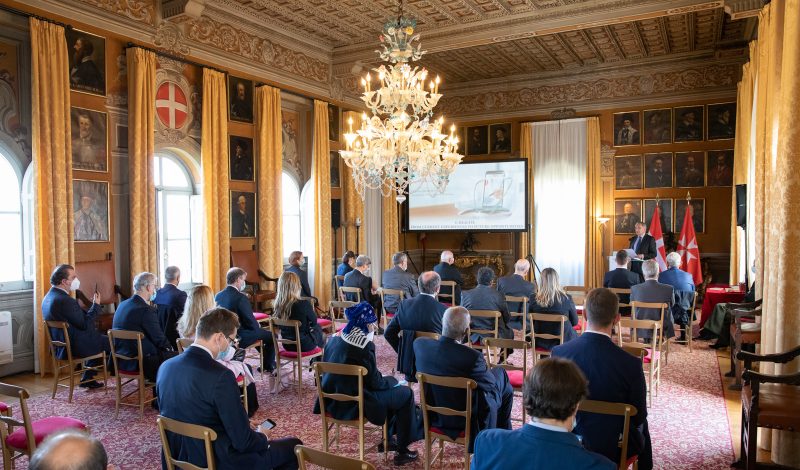